From its beginnings as a tiny fishing village, Tokyo has grown into the city that never sleeps. As the capital city of Japan, the Tokyo Metropolis holds the honor of being the largest metropolitan area in the world. It is home to the Japanese government as well as the Japanese Imperial Palace. The name Tokyo literally means "Eastern Capital" in English.

As would be expected of a city of its size, Tokyo is on the cutting edge of everything from architecture, technology, and fashion, to food, and pop culture. Within the past century, the city of Tokyo has experienced two near-complete destructions. The first was in 1923 after the Great Kanto earthquake, which at the time was the largest ever recorded, the second was during World War II when the city endured extensive bombing. These incidents have been a leading reason behind Tokyo's innovative architecture. 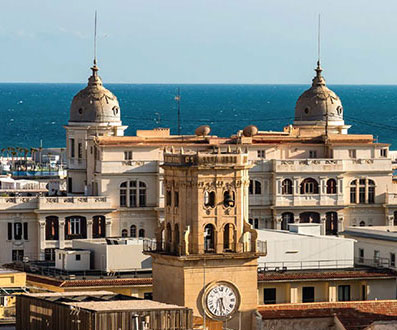 Architecture and urban planning internships expose you to the design and construction of buildings and urban areas in cultures that have different planning models than those at home. Gain technical skills and practical experience within the field, while providing exposure to new systems and styles. Participants interested in an architecture internship may need to submit a portfolio. 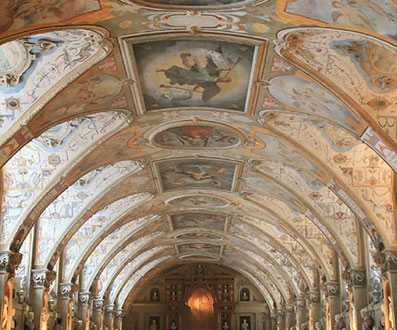 Encompassing a wide range of academic fields including history, philosophy, cultural studies, and sociology among many others, internships in the arts and humanities allow you to explore career options across many business sectors and industries while refining professional interests and strengths. Internships in these fields tend to be multi-disciplinary allowing you to gain a robust set of skills and knowledge. 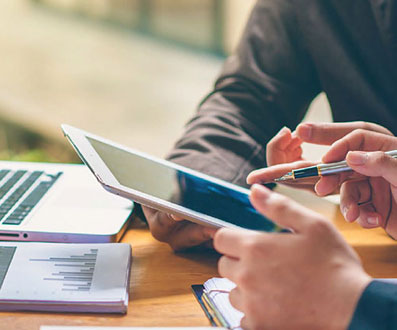 Internships in business fields include a wide range of companies across all industries-—from small start-ups to large multinational corporations. Interns can focus on a specific area within business such as economics, finance, or marketing. Business internships provide valuable experience in understanding regional trade practices, international economies, and global marketing strategies from a new cultural perspective. 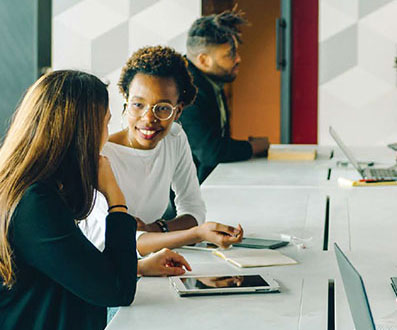 Understanding the cultural climate of the times and the ways to effectively navigate it is a valuable skill. Working alongside international colleagues and within a new culture helps shape your worldview and ability to more effectively communicate with a wider audience. Work in an array of industries as communications, media and, PR jobs span all industries. 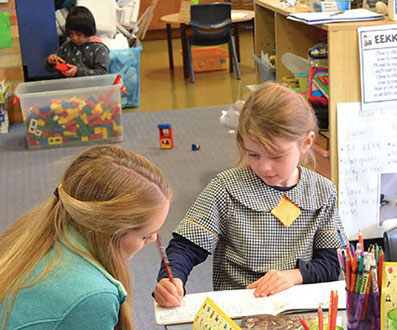 An internship abroad in education is a great way to prepare for a career as a teacher, administrator, or principal. You will be exposed to new educational structures, curriculum, and methods in a variety of educational environments. The experience provides future educators with an expanded cultural perspective and worldview to broaden their approach to education and be more successful educators in our increasingly diverse classrooms. 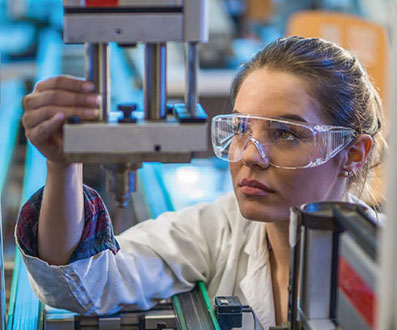 You will work alongside professionals from around the globe from reputable companies, universities, and research organizations in the industry. Interning abroad promotes innovation, technical understanding, and interpersonal and cross-cultural communication, which are just some of the skills necessary to translate ideas and plans into reality for cultures that are different from our own. 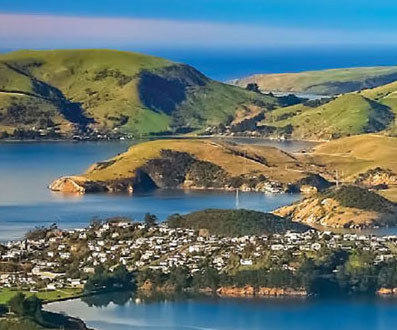 An internship abroad in environmental studies or sustainability will expose you to some of the most diverse environments in the world. Working with scientists and business professionals, you will gain real-world experience while making a global impact. From placements in biology and ecology to those focusing on sustainable business practices and technology, you will work to solve some of today’s most pressing environmental issues. 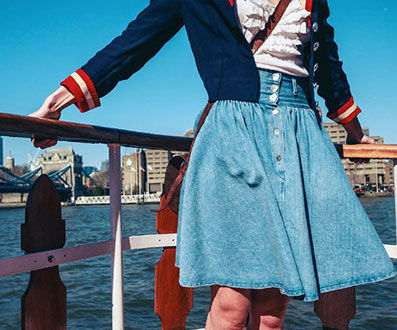 A fashion internship abroad is a great stepping stone into the industry. Get hands-on experience in a truly global industry, learning about new aesthetics and understanding how business-to-business transactions between suppliers and distributors come to be. Placements focus on design, merchandising, PR, e-commerce, or a combination thereof. Portfolios are required for those participants interested in fashion design. 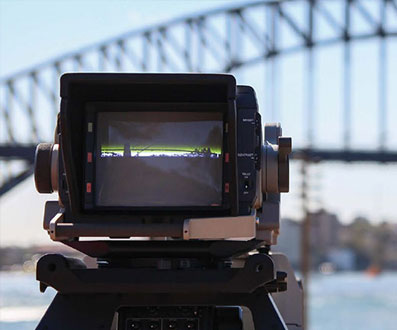 With a film or television internship abroad, you have the opportunity to work at a variety of companies, providing you with hands-on experience at every step in pre-production, production, and post-production. Exploring the field from a new cultural context while learning best practices will be an invaluable career stepping stone. A portfolio may be requested. 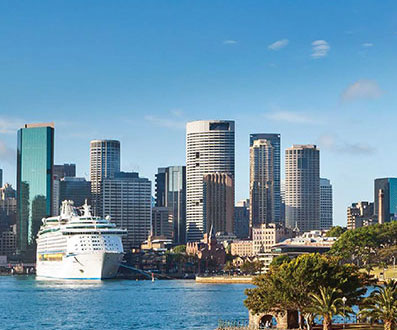 International internships in hospitality, events, and tourism provide you with a truly unique understanding of the field and an opportunity to learn about the industry through real world experiences. The field varies across cultures, settings, and clientele, instilling a global perspective into your future career. Plan weddings, lead wine tastings, or assist in hotel management as an intern! 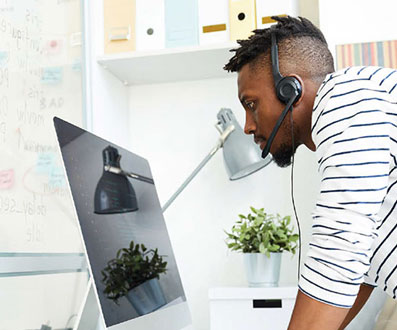 IT and Computer Science

An IT or computer science internship abroad complements your formal education with practical work experience in one of the most globalized fields worldwide. It is a unique opportunity to refine career goals, develop a professional network, and learn how other parts of the world use technology. Internships in this field usually require proficiency in one or more programming languages such as Java, C++, Python, Ruby, etc. 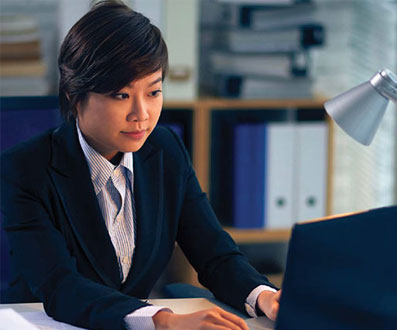 Law and advocacy internships include a range of opportunities working at law firms and policy and advocacy centers. Internships in this field provide an inside view of the host country’s legal system and an understanding of how the community navigates within that system. Apply your knowledge to a real-world setting and learn how law and justice work in practice. A writing sample may be requested. 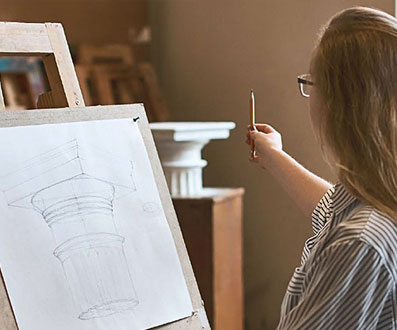 With a focus on specific areas such as graphic design, photography, music, dance, or theater, internships in the performing and visual arts give you the opportunity to learn what type of creative projects you will likely work on in a professional setting. Gain valuable insight into the creative process and have a chance to apply your knowledge, channel your inner creativity, and network with industry professionals. A portfolio may be requested. 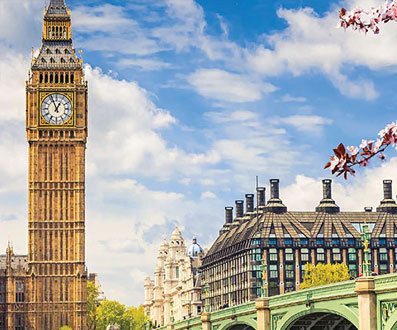 Whether you are interested in American politics, international relations, or public policy and advocacy, an internship abroad allows you to gain valuable insight into how government policies, political parties, city councils, or governmental agencies work. Experience firsthand how these political bodies work with and against one another in the local and global arena. 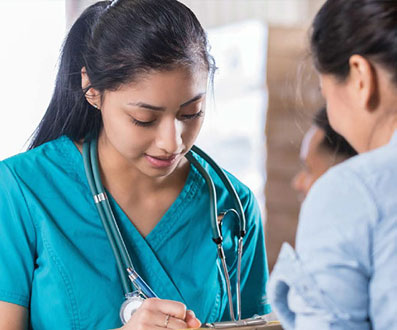 A psychology or social work internship helps you understand the complicated social challenges facing global communities while learning how professionals respond. Placements are often research based or involve observing professionals and assisting with various tasks at non-profits. An internship abroad provides the opportunity to connect and integrate theory and practice into a real world setting. A background check may be requested. 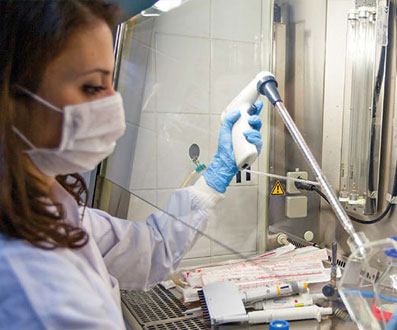 Participating in research expands academic experience and enhances understanding of an academic field. A research placement provides the opportunity to join an on-going research project for a short period, helping you clarify academic, career and personal interests. Step in at various stages of the research process and engage in a quantitative, qualitative or mixed methods approach. 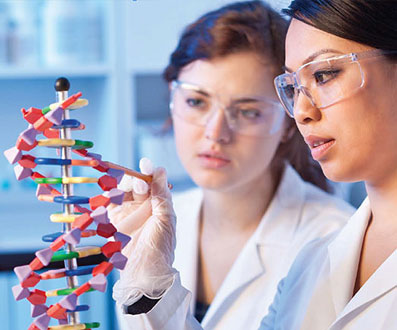 Participating in a science or math internship abroad is a great way to understand how research and problem-solving work in other locations, learn about different system models, and see how science and math work in a practical setting. Interning abroad is a great way to build soft skills, gain a better understanding of the larger field, and start considering interests for post-graduate study.

Your program will start with a multi-day orientation in Tokyo where you will enjoy a city tour and other excursions as well as receive pertinent information about how to be most successful in your internship abroad. Throughout your program, you will have the chance to go on weekend trips, day trips, and optional trips. ISA excursions allow you to explore the timeless, quaint, and historical landscape of the country (and potentially surrounding countries) that you may not have the chance to visit on your own. The locations below are a sample of included and optional excursions that have run in the past. Please know that these are subject to change.

Located north of Tokyo, Nikko is a mountainous region famous for its landscape and history. Many natural hot springs, waterfalls, hiking trails, and temples are settled throughout this beautiful region including one of Japan’s most famous World Heritage Sites: Toshogu Shrine. Nikko had been a center of Shinto and Buddhist mountain worship for many centuries before Toshogu was built in the 1600s.

The ISA on-site team encourages you to explore the city and culture of Tokyo. The team facilitates this by offering a robust calendar of events that showcases what makes Tokyo special. These activities vary each term, and previous offerings have included participating in a Japanese tea ceremony, a kimono cultural and historical experience, a night at a Kabuki, and a deco sushi workshop.

The experience of living in another culture will be both educational and rewarding so long as you stay openminded. There are many differences in culture and lifestyle between life in Japan and the U.S. Remember: the key to a positive experience is flexibility! The accommodations will provide an opportunity for interns to experience aspects of the local lifestyle that are inaccessible to the average visitor.

Apartments
Interns in Tokyo are placed in furnished, centrally-located social residences--similar to a shared apartment. Interns will have a private room with a shared living room, bathrooms, and furnished kitchen. Each apartment is equipped with basic furnishings and supplies, including one single bed (per student), a closet/clothing storage space, basic cookware and kitchenware, laundry facility in complex, chairs and furnished sitting area. Bed linens are provided for you. 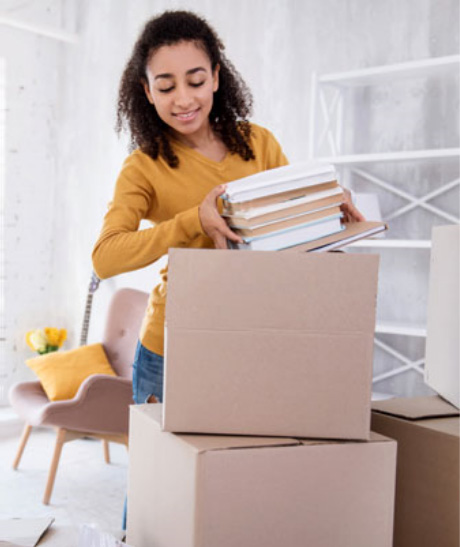 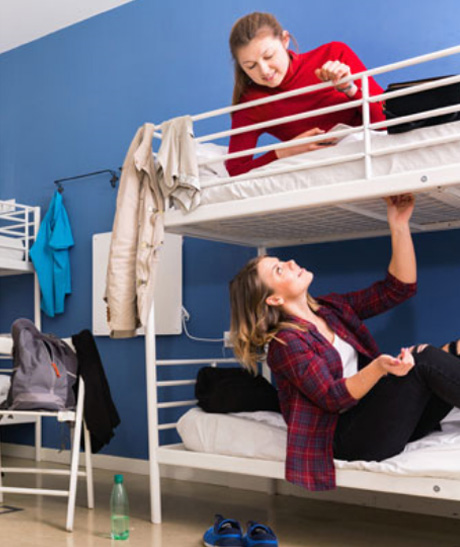 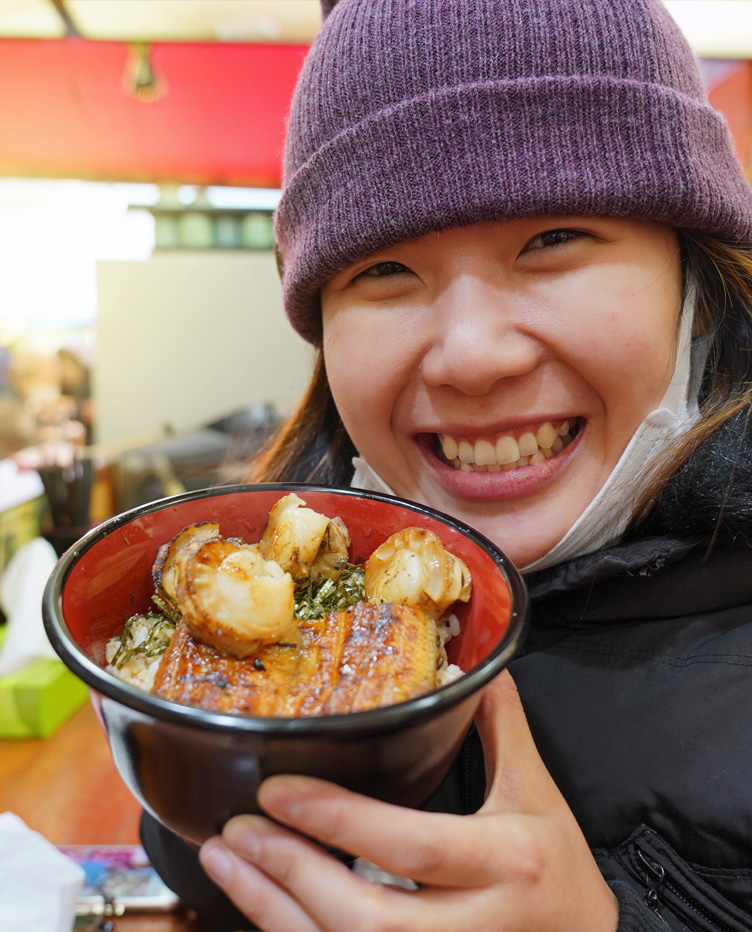 Why Intern in Tokyo

As the capital of Japan, Tokyo offers strong internship placements is never at a loss for things to do--enjoy fresh seafood, explore the art and history of the city, and don't miss the shopping. Tokyo is truly a global city which many international professionals, expats, and travelers call home. Thus, the city is easy to navigate with its extensive metro which has signs in Japanese and English. The city is incredibly clean and safe, too. An internship in Tokyo will provide you experience in one of the world's fastest-moving economies with placements available in a wide range of industries. Being a global economic hub,  expectations of interns tend to be higher than in other ISA Internships locations and knowing some Japanese could prove helpful in a country where most people don't speak English. This is a great city to gain exposure to the working world!

Participants must have a passport that is valid for at least 6 months AFTER their expected departure date from Japan. 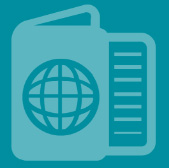 U.S. Citizens
U.S. citizens are not required to apply for a visa before departing for Japan if their program is 90 days or less.


Note: Embassy and Consulate contact information is subject to change without notice. Please refer to the website of the Embassy or Consulate to verify information.

“The fact that I went to Australia for an internship has really set me apart from my peers and is always a topic of conversation when applying for jobs! The experience that I gained has taught me so much and helped prepare me for my current position!”

“My internship in South Korea was extremely influential in my job interviewing process, and largely because of my internship experience, I just landed a job as a Content Editor with H&R Block. This internship was incredibly valuable not just for my personal experience, but it has definitely helped me in my career goals as well.”

"Thank you so much for the help you gave both before and during my time abroad. You truly made the process less stressful and more enjoyable. You have made my study abroad experience truly wonderful!"

Program Overview
Locations
Career Fields
About Us
Contact Us
Sitemap